Born in 2005 with like minded group of promoters with successful businesses in the Indian media and film landscape, Celebrities Management & Shree Venkatesh Films provided the right environment for Media Worldwide Network. In a media landscape of over 800 television channels, the company has managed to grow and sustain the ups and downs of several economic turmoils known to us in recent times.

Provide wholesome entertainment of the vibrant music and film industry to a country of over a billion people in the language, ethos and culture which we all celebrate and are proud of. Media Worldwide Network provides a mass media platform not only to the established but also the upcoming talent of the various music and film industries in showcasing their work to millions of viewers all over the world.

Media Worldwide Network was launched with Sangeet Bangla, an iconic bengali music channel in 2005. Since then it has grown to a 4 channel network with Music India, Sangeet Bhojpuri and Sangeet Marathi added to the portfolio.

With a cumulative experience of over 75 years in the media, film and music business, Media Worldwide is managed under the leadership of passionate promoters, Mahendra Soni, Shrikant Mohata, Nisha Chothani & Prashant Chothani. With a strong team of highly skilled and committed professional team, the company has grown in a highly competitive and complex Indian media landscape. Sangeet Bangla is the No. 1 Bengali Music Channel ever since it launched in 2005 Music India is a leading Bollywood Music Channel launched in 2006 Sangeet Bhojpuri launched in 2009 is the only Bhojpuri Music Channel 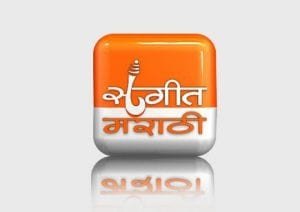 Sangeet Marathi a leading Marathi Music Channel was launched in 2015